“Finally!” you exclaim, “She’s going to talk about the car!”

As much as I immersed myself in the #GoElectric experience, there’s no doubting that the headline event was the opportunity to get up close and personal with the new Mustang MachE.

As well as the Rapid Red model at the #GoElectric experience, and the silver-grey (I’m going to say Carbonised Grey) at the gallery event, the car we spent some time with on passenger drives was a LHD blue-wrapped model, close but not quite at production spec, with the majority of key features available to explore.

Inside, the detail is stunning, as you’d expect from a vehicle evincing the passion of the iconic Mustang. Outside, the details from the wheels up are exactly the quality you’d hope to see.

You know I’m not a petrol/electric-head, and I was surrounded by others from our Product Development team who have that well and truly covered, but I liked what I saw and as you can see, so did everyone who saw it on the streets.

Rather than a test drive, we had a test passenger experience, which meant I could sit back and take in what is actually the first electric car I’ve ever sat in, I think.

To be honest, it felt… normal. Certainly while we drove through Central London the handling and suspension felt comfortable, and almost nothing to notice.

Of course it’s quiet, and if you watch the video further down you get a better idea of noise both inside and outside the vehicle. But it was simply comfortable, and as an SUV felt roomy in the rear as well.

This video from Ford Norway sums up the space pretty well, I think!

There have been some interesting suggestions for use of the ‘frunk’ of the car, which has apparently been built to function as a cooler – but we didn’t do any picnicking on this trip!

Buttons replace door handles, there’s a keypad in the B pillar, and the Mustang expression is reflected not just in the badge, but in the styling of lights and many of the bodywork lines.

I mentioned yesterday that performance is one of those question marks for some people about EVs and certainly we got the message that the car has some serious oomph in a couple of 0-60 sprints.

Talking to the designers and engineers who have worked on this car it’s impossible not to be infected by their pride and delight in their innovations, and the excitement of this journey to a new level of electrification with this flagship model.

As always, it was spending time with those people and hearing how keen they are to continuously improve as we realise this electrification journey that inspires confidence and a little bit of passion particularly.

If you’d like more info on the spec, I really enjoyed this Fully Charged episode (just 10 minutes), and not just because I was craning to see if I’d snuck into shot!

The MachE certainly sets the Mustangs amongst the pigeons… 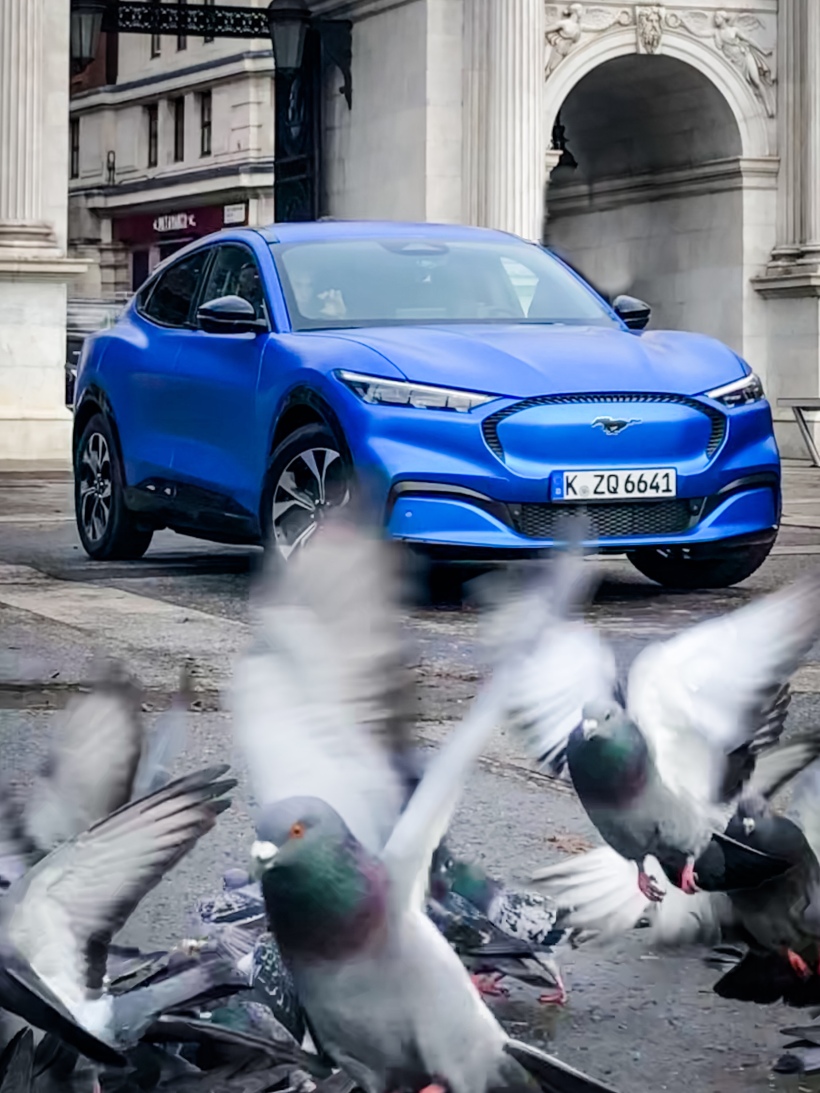